The "wrong kind of oil" is clogging up our Agas, says Wendy Miller. 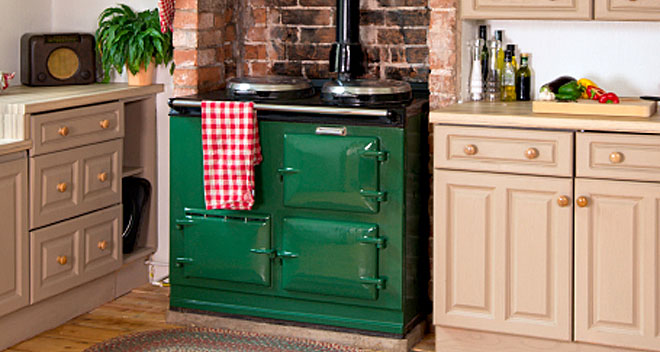 It’s a story of traditional British pluck in the face of an assault from across the Channel: the nation’s Aga owners are uniting in the face of a Brussels directive that they believe is playing havoc with their pilot lights. Thanks to European Union insistence on lower sulphur levels in domestic kerosine, oil-fired Agas are said to be caking up with soot, and in some cases conking out. It’s been a particular problem in the recent cold weather, when many people rely on these iconic ranges to heat their homes.

“We have to literally drill out the carbon build-up from the burner every six to eight weeks, and relight the Aga,” complains Catherine Lewis, who runs a thatching business in Hertfordshire.

“Our oven either just tails off, or else fails to respond,” complains fellow sufferer Richard Sowerbutts, of London. “When you look inside, it’s completely clogged up with gunge.”

Nor are these just teething problems with new ovens.

“For 20 years, our Aga worked perfectly, then it started to splutter and cut out completely,” laments long-time Aga owner Janet Strode, of Halton, in Lancashire. “Eventually, our engineer resorted to putting in a complete new burner and controller, which has at least stopped it from cutting out, but the temperature still veers wildly, and we still get the smell of oil. This after spending £800 trying to solve the issue.”

And with engineers charging £80 a time to fix the ovens, many other afflicted Aga folk are clocking up similarly sized bills. The full extent of the problem only became clear when Peter Anslow, director of the 19,000-strong Listed Property Owners Club, recently sent an email to members, asking if they were having the same oven problems as him.

“The response has been instant and sizeable,” he reports. “Agas are going out all over the country, causing disputes between our members and their heating engineers and oil suppliers.”

In which latter category comes John Weedon, director of Cornish-based oil distributors Mitchell and Webber: “Every week, at least one of our customers’ Agas goes wrong. I hate to think of the number of hours I’ve spent trying to sort it out.”

His company has now conducted a chemical analysis of the oil it is supplying. “Because of the new EU requirement for lower sulphur levels, the oil is being subjected to a treatment which increases what’s known as its 'char value’,” he says.
This is a figure that refers to the level of sooting up that occurs, once the oil has been vaporised and burned.
“The oil still meets the relevant British Standard,” says Bob Hall, whose firm Fuel Additive Science Technologies did the analysis. “The trouble is, the increased char value seems to cause problems for Agas.”

The extent of those problems is, however, questioned by Aga.
“There has been a new oil recipe that has caused difficulties, although my own Aga engineer in Norfolk says he hasn’t come across any,” says Laura James, Aga “ambassador” and spokeswoman for the company. “Sometimes, problems can be down to people having their oven serviced by someone who’s not an accredited Aga engineer. Sometimes, too, the Agas can be a little old. After all, a car from the Thirties wouldn’t run on today’s fuel.”
Celebrated chef Mary Berry, author of many an Aga cookbook, says she’s only heard of one case of oven-malfunction: “A friend rang the other day to say she was having problems. There again, in my experience, the temperature can suddenly drop on an oil-fired Aga. Mine runs on gas.”
And fellow celebrity chef Antony Worrall Thompson’s runs on electricity. According to the Aga website, his cat Nigel loves to lie in front of it, and there’s a long list of other A-list Aga-users quoted on the same site who are equally passionate about their cooking ranges.

“We had an Aga when I was growing up,” says food writer Tom Parker Bowles. “My mother won’t cook on anything else.”

“There’s something about an Aga that makes it like a best friend,” purrs actress Susan Hampshire, and her feelings are echoed by many fellow Aga lovers who feel their oven is the heart of their home.

“An Aga is so much more than an oven,” says Mary Berry. “That’s what people should bear in mind when they’re moaning about the cost.” 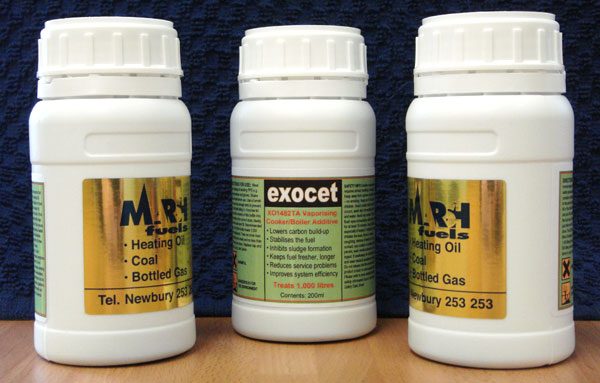 Indeed, many owners do seem prepared to dig deep, rather than abandon their oven: “My Aga has dried out sodden rugs, shivering ducks and damp dogs on numerous occasions,” says architectural salvage dealer Amanda Garrett, from Oxfordshire. “I’m having to get it serviced at least four times a year now, but I’m still prepared to persevere. A true Aga owner never gives up.”

It remains to be seen, though, if this latest test of Aga owners’ loyalty – and their bank balances – will prove too much for others in this cold spell of weather.

What you can do if your Aga is experiencing oil problems:

One solution that we can offer is our New AGA/Cooker Additive. For more information about it please click here.

If you are worried about your AGA or wish to ask any questions please contact us, where we will be more than happy to help you.